20,000 protest against mayor – and win over City Assembly

While Croatian seaside pearl Rijeka boasts of the title “European Capital of Culture 2020“, Zagreb is known as the "EU's capital of trash".

Zelena Akcija/Friends of the Earth Croatia coined this moniker in 2015, after a study revealed the city had the worst record of any EU capital city for collecting and recycling waste. Zelena Akcija holds Zagreb's mayor of 20 years, Milan Bandić, chiefly responsible for this deficiency. But they recently celebrated a big success against his profit-oriented politics in the City Assembly. 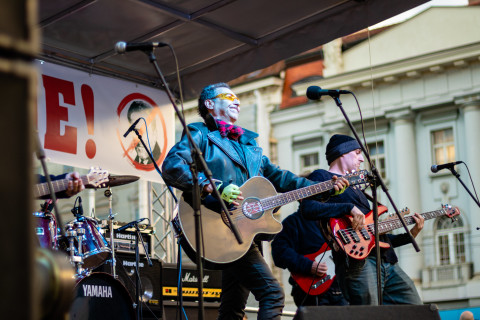 The “General Urban plan” foresees a number of new construction sites which would destroy green and recreational areas. Many of the investors are, moreover, affiliated with the political parties governing Zagreb.

"Citizens are showing that they have had enough of our mayor's clientelism. In his new General Urban Plan he grants crucial benefits to his investor friends while leaving Zagreb's residents choking in trash."

His colleague, Zelena Akcija president Željka Leljak Gracin, concluded Bandić's politics are "increasingly detrimental to the city in every case and are in no way taking public interests into account.” 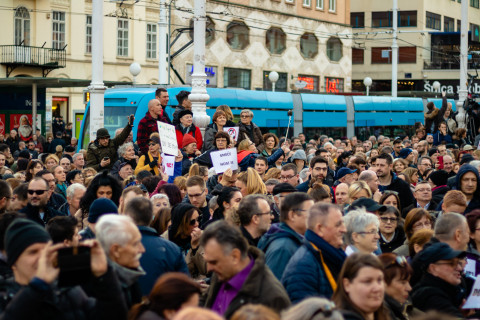 The protest – well-covered by national media - caused significant tensions in Zagreb’s government that finally resulted in the General Urban Plan being voted down in the City Assembly on 11 February.

Zagreb citizens’ resistance is rising, and people-and-planet friendly waste management and urban planning are high on the agenda for the local elections in May 2021.